This content is protected, please login and enroll course to view this content!
Prev 55 Gita 6.24 – 28 Dissociation from the association with sorrow and benefits of Dhyaanam
Next 57 Gita 6.31-34 The wise person and Arjuna’s question about not seeing the vision 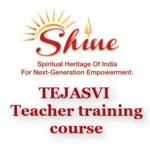